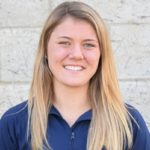 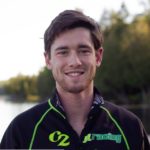 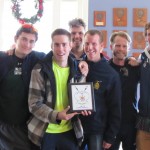 Hometown: Conshohocken, Pennsylvania
Undergraduate Education: LaSalle University 2006
Occupation: Software Development at InvestEdge Inc.
Rowing Highlights: Won the Frostbite Regatta in the Mens Heavyweight 4+ in 2004.  Won the Mens Light 4+ at the Kerr cup in 2005.  Stroked the Varsity Heavyweight Men’s 8+ to the petite final for LaSalle University in 2006. Qualified for the semi-finals in the Men’s Lightweight 1x for World Trials in 2013 & finals in 2015.    In 2014 had a successful season with Undine winning the Club National Championship in the Senior Ltwt 4x and 2x.  Place 2nd at the Elite National Championship in Princeton, NJ.  Also, won the Mens Open Lightweight 2x at the Head of the Schuylkill Regatta.  Place 2nd in the Mens Open Heavyweight 2x at the Navy Day Regatta.  Won the Head of the Potomac in 2017. 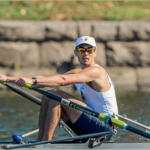 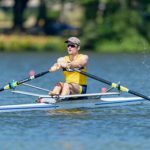 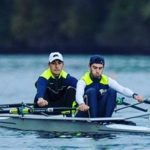 Hometown:  Willow Grove, PA
Undergraduate Education:  Saint Joseph’s University 2016
Occupation:  Surety Bond Underwriter at Philadelphia Insurance Companies
Racing Highlights:   Back to back City Champs in high school in 2009 and 2010, 13th at USRowing Youth Nationals in Lightweight 8 in 2011 and 2012. Stotesbury silver medalist and SRAA Bronze Medalist in 2012 in Lightweight 8. Silver medal in V8 at Head of the Occoquan in 2013-2014. Silver medal in 1X at the King’s Head Regatta in 2017. 4th place finish in Men’s Intermediate Light 4X at USRowing Club Nationals in 2018. 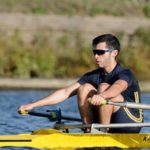 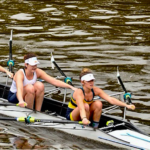 Hometown: Norristown, PA
Undergraduate Education: Fordham University, 2018
Occupation: Pharmaceutical Copywriter
Racing Highlights: Placed 5th in the women’s LWT4+ at Head of the Charles in 2015 and 2016. Medaled in the Club 8 category at the Head of Schuylkill Regatta in 2015 and 2016. Won gold at the Kerr Cup regatta in the Fordham JV 8 in 2017. Received a bronze medal in the Women’s JV8 at Dad Vail Regatta in 2016 and a silver medal in 2017. Bow seat of Varsity 8+ that placed 2nd at the Hadley Chase in 2017. Placed 3rd in Women’s D1 Varsity 8 at the Murphy Cup Regatta in 2018 and 4th at Atlantic 10 Championship. Received a bronze medal in the Women’s D1 Varsity 8 category at Dad Vail Regatta in 2018. Placed in Top 10 2k Ergometer Times in Fordham Lightweight Women Rowing History. Member of Undine since 2015 and was two-seat of the Undine women’s quad that finished 4th at Club Nationals in 2017. Received Fordham University’s nomination for NCAA Woman of the Year in 2018. 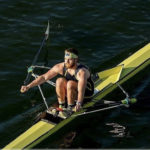 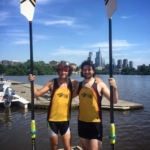 Undergraduate Education: Drexel University, Electrical Engineering, 2015
Occupation: Electrical Engineer at EwingCole
Racing Highlights: Began rowing in Fall of 2011. Raced in Henley Royal Regatta in 2012. Raced in and won multiple trophies at local regattas, including Bergen Cup, Kerr Cup, and Knecht Cup. Won gold at Dad Vail in the M2V8 in 2014 and bronze in the MV8 in 2015. Competed in IRAs during all four years of eligibility at Drexel. Joined Undine in Fall of 2016. Finished first in the Men’s Open 4x at Navy Day Regatta in 2017 and bronze medal at Club Nationals in 2018 in the Intermediate 2x.