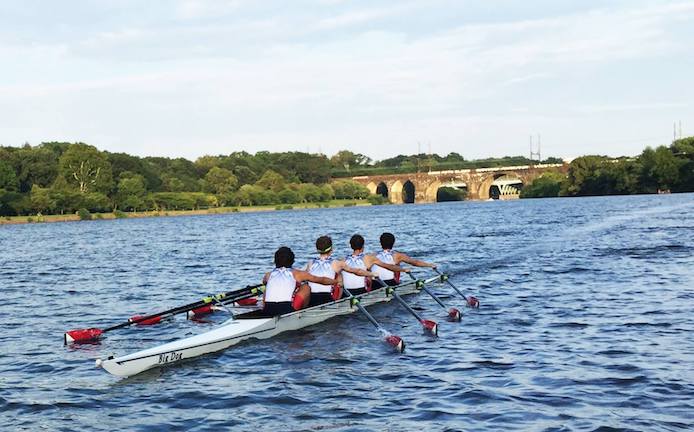 Undine is excited to once again host a men’s and women’s U23 Program this summer. Due to ongoing Covid-19 restrictions we will be limiting the size of the program and requiring previous sculling experience. If interested, please email Undine1856@gmail.com with “Summer U23” in the subject line.

The mission of the Undine Barge Club’s U23 Summer Program is to identify and develop highly motivated scullers into nationally competitive athletes through this high intensity program. Our program is intended for serious collegiate/post collegiate athletes looking to gain racing experience and reach their full rowing potential, and will pursue excellence at local, national and international trial events.  It is expected that those who enter the program compete at the Club Nationals and if available the Canadian Henley regatta.

History of U23 Excellence

The Undine U23 Summer Program has had numerous successes in recent years.  In addition to numerous sculling medals at local regattas, recent highlights from national and international events include:

The qualities that we seek:
What you can expect:

There are usually 7 – 10 workouts per week scheduled, and U23 summer program members will be integrated into Undine’s full time racing squad practice schedule alongside senior athletes. From June to early August, the coached sessions are Monday, Tuesday, Thursday, and Friday mornings at 6AM, and Saturday mornings at 7AM. All other workouts are generally completed individually or in small self-organized groups (additional coached practices may be added at the discretion of the coaching staff and availability of the athletes).

The morning workouts during the week generally last about 90 minutes, and we try to be off the water around 7:30am – 7:45am to accommodate those who need to get to work.  A full locker room is available after morning practices.  The Saturday morning workouts (on non-racing weekends) are longer, usually 2 – 2.5 hours, mostly technique and long steady-state rows.

The following is the competition schedule for the 2020 summer season, with entries depending on proficiency:

March 20 – Returning rowers must commit
April 3 – Application for new rowers CLOSES
April 15 – Notification of acceptance of new rowers
May 1 – New rowers commitment and deposit due
June 15 – Report (but encouraged to come earlier)
Note: When accepted $100 deposit is due to hold your spot.

What to expect next: We will follow-up to notify you if you have been selected for the program. Invited athletes will become full members of Undine, and we will assist athletes in completing the steps required for Undine’s official membership application process.

Program Costs: The program cost is $600. The membership fee includes:

The membership fee does not include:

NOTE: Application to the Undine U23 Summer Program for 2020 does not guarantee admission to the program. You will be contacted by a coach if you have been selected. Admission to the program will be based on the quality and quantity of applicants, and selections will be made at the discretion of the coaching staff. Acceptances/decisions are planned to be sent starting the week of April 15 for new applicants.